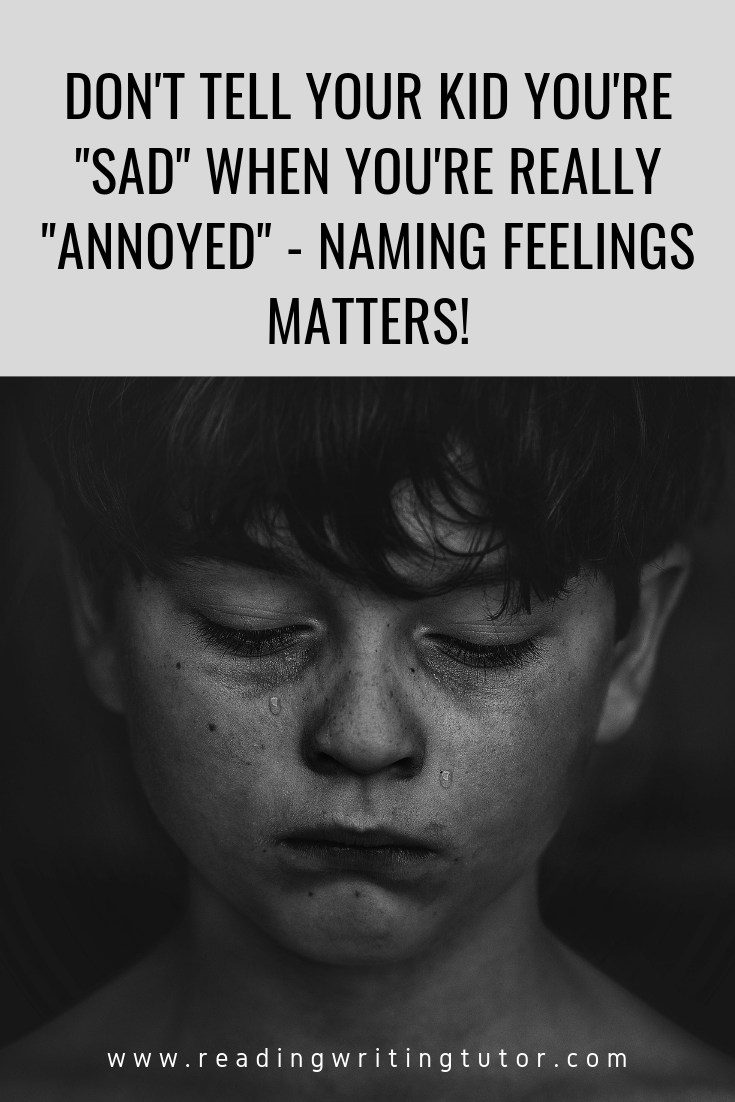 I started my teaching career in a classroom with students with autism spectrum disorders and/or intellectual disabilities. They were in middle school when I had them but they were the sort of kids whose parents often knew from birth that they were going to need extra help. Many had been in public school special education since their third birthdays and they had definitely learned some things that I don’t think we ever planned to teach them. One of the hardest things to change for these kids was the idea that when they behaved in a way that negatively impacted other people, their peers and the adults in their lives felt “sad.”

It’s not that those kids never behaved in a way that made me feel sad. Sometimes they broke my heart because it was clear that they were doing their best and still struggling, or they wore their hearts on their sleeves in a way that was so much more real than what adults express.

But when a seventh grader is goofing around and steps on my foot out of carelessness, I don’t feel sad. I feel annoyed! And it’s so much harder to help kids problem-solve and figure out how to exist in a world full of people when all they have heard is that their behavior makes people feel “sad.”

I know how it happens. Before I worked in public school, I worked in early intervention and visited kids in their homes and preschools. When a 2-year-old with a language delay hits a peer, you tell them hitting makes their friends feel sad. Sad is simple and non-threatening and you can use it for anything. “Mommy feels sad when you yell and wake your sister up.” “Nana feels sad when you say her spaghetti is gross.” “You aren’t following safety rules crossing the street and that makes me sad.” Manipulative? A little. But many kids don’t want the people they like to be sad, so they understand that and they can work to change their behavior.

But eventually, maybe sooner than we think, those little people (with or without disabilities) become bigger people, and they need an emotional vocabulary to deal with their own feelings and respond to the feelings of others. Toddlers hit when they are sad, or angry, or overwhelmed, or sometimes excited. They might be tired or hungry or just plain ticked off at you. And as long as there’s that gap between big feelings and words to name them, kids continue to act out in ways that don’t help them and are often not socially acceptable.

One way to help your preschooler be emotionally literate and ready for school is to help him or her name those feelings and start to figure out what to do about them.

Sometimes preschoolers are overwhelmed by such big feelings that they can’t stop and name them and think about them. I mean, have you ever raged at the poor teenager who makes your coffee at the drive-thru or snapped at your spouse and realized after the fact that you had no idea why? We can usually think back and realize that we had a lousy night’s sleep or that we are nervous about an upcoming meeting, but preschoolers have a much harder time thinking about the past and the future, so all that cause-and-effect stuff is a mystery to them.

Before they can learn to deal effectively with emotions, they need to name them. They can practice that through play. Act out: What does your face look like when you’re angry? Let’s pretend the dolls are excited to go to the park! How do you feel when you have to go upstairs and it’s dark? Show me. There are many different emotions we can name and show, but for preschoolers, I think the most useful ones are: happy/content/calm, sad, scared/worried, angry and excited. They might find it easier to recognize these in book characters (because their faces don’t move) or loved ones before they can recognize them in themselves or in other kids.

Some great books for talking about emotions with preschoolers are:

As your child is beginning this process, they might need you to help them recognize and name their feelings. Before you jump in and assume you understand, it’s best to do some detective work. It might seem like your child is just grumpy when it’s time to go to camp, but if you ask a few questions, you might find that she’s really nervous because she will be meeting new counselors or angry because she thinks you’ll be having fun without her while she’s gone.

You can tread lightly by saying things like, “You keep yelling and saying you don’t want to go to camp. Sometimes people yell because they’re angry. Are you angry?” You might have to play a little bit of 20 Questions but hopefully you can get to the bottom of your child’s big reaction and offer them the right kind of help.

Once your preschooler can name their big feelings, it is a lot easier for them to figure out what they need to handle the feeling and/or change the situation. There are so many different strategies that can help kids, from breathing techniques to calming boxes to distraction to drawing. What’s important is that your child should have a toolkit of maybe 3 or 4 strategies that work for them. Practice them when things are calm. Have your child coach you to use a strategy when you get stuck in traffic or stub your toe. Keep the materials or picture reminders nearby so they are easy to grab when they are needed.

After we worked through sad, happy, and angry with my son, the next feeling he asked to learn about was worried. Until we started really talking about feelings when he was four, I had no idea that worry was such a big part of his life. Now, at four and a half, he is a bit better about expressing his worry or disappointment, and it is so helpful to understand why he is upset, instead of guessing that he’s tired or feeling shy. He might still respond with a loud squeal when he thinks he might run out of time to go somewhere fun or do something he wants, but his long, loud, sweaty meltdowns are largely a thing of the past.

And that’s why teaching children to name their emotions, and being honest with them about your own emotions, can be so valuable. It helps them feel more in control and makes them more able to face challenges and rebound from setbacks. And all this emotion stuff lays the groundwork for all their other accomplishments – in school, in sports, in relationships, everywhere.

Download a free Calming Strategies Visual and join my email list for more ideas and updates on my upcoming book 4 Things to Teach Your Child Before Kindergarten.

Sign up for book news, free printables and other preschool parenting resources.