March, 2020 update: I have created a new website including a growing collection of videos for tutors about how to set up reading tutoring online. Check it out here: http://deeprootslearn.com/videos-for-tutors/

I also have a Facebook group. Please join for more information about getting started as an online reading tutor. https://www.facebook.com/groups/194704258484350/

Getting trained in Orton-Gillingham has totally changed the way I look at students and reading. Explicit, diagnostic, teaching in phonics makes an enormous difference in how students learn. But when I became an online tutor, I had to figure out if I could still do Orton-Gillingham tutoring online. Now that I have figured it out, I won’t go back to in-person meetings for O-G!

When I first became an Orton-Gillingham tutor, I found it really difficult to quickly manage all the materials I need in a lesson. Working with students with dyslexia and other specific learning disabilities who were reading below grade level (and often exhausted from a frustrating day of school), I knew it was really important to use their time wisely. I also worked with some younger students who had difficulty sustaining attention for an intense one-hour Orton-Gillingham reading lesson. Then I became an online reading and writing tutor. I have developed my set of tools so I can do Orton Gillingham tutoring online. And the results have been fantastic!

The key thing that makes an Orton-Gillingham lesson work is that the teaching should be should be systematic and based on a student’s mastery of earlier skills. That means that when I first start working with a student with dyslexia or a specific learning disability in reading, I use informal assessments to figure out what they need. Then I use my lessons to systematically fill those skill gaps. So if an older reader still doesn’t automatically use the right short vowel sounds, we have to go back to the short vowel sounds.

Sometimes those materials can look really young because they are designed for students who are learning to read in first grade. What I can do in the online setting is quickly reformat and redesign materials to make them more appealing to older readers. For example, I can insert images to go with our vowel sound practice in the reader’s notebook that are not the traditional cartoony phonics images. I can also engage students in choosing their own visuals with a quick Google image search so that they can build their notebook along with me.

Another reason that I love doing Orton-Gillingham tutoring online is that it gives me so much flexibility within the lesson. Sometimes during in-person lessons, I find that a student doesn’t understand a vocabulary word we’re discussing or has trouble with a particular sound. In an in-person lesson I usually have to make a note of that and remember to review it in our next meeting. During an online Orton Gillingham lesson I can open a new tab in my browser and do a quick search for pictures of the thing we’re discussing. I can quickly give the student a visual of an emu or the city of Dallas to help them form a mental image to go along with the new words they are reading and learning. This strategy of using pictures as well as text as a context for learning vocabulary has been shown by research to help students remember words better and for longer.

And maybe the best thing about Orton-Gillingham tutoring online is that the student and I need very few specialized materials. For the multi-sensory part of the lesson, it does help for a child to have some physical materials in front of them. They definitely need paper and a pencil and it also helps to have some kind of textured surface, which can be as simple as salt poured in a baking sheet or a rough towel on which to trace their letters. Other than that, I supply everything and put it right up on the screen. I can use ebooks that I borrow from the library or get from Kindle. I can create word lists in a Google doc and share them right on my screen. I can create activities like word building and word sorts using Google Slides. And we have all of the free online reading games available to students online to choose from for reinforcements. (I really like some from fun4thebrain.com.) With my youngest students I usually build in a game break in the middle of the lesson, something like sight words or typing to reinforce their skills but give them a break from the challenging new content. Some of my older students don’t take a break at all during the lesson, while others ask if we can save the last 5 minutes for something they want to share with me, either a piece of work from school or a funny YouTube video.

If you’re interested in seeing what an online Orton-Gillingham lesson would be like for your child, please contact me today. I offer a free 30-minute consultation where I can assess the student and demonstrate some of the fun tools that we use. 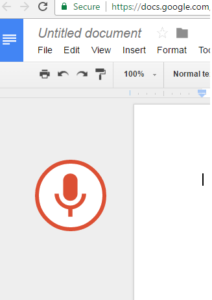 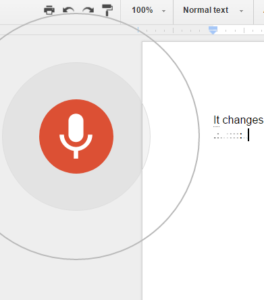 Some people would argue that kids need to learn to use dictionaries and so if they don’t understand a word in what they’re reading they should be responsible for looking it up.

While I agree that dictionaries are one important tool for language learning, they are often not the first line of defense for students who struggle with vocabulary, or for students who are reading difficult text. There are several reasons.

So what can we do instead?

Here’s what could go wrong with using the dictionary

Child: “Mom, what does loafer mean?”

Parent: “Here’s the dictionary. Look it up.”

Child: “It’s a shoe?” *rereads sentence* “Oh.” *Puts down Adventures of Sherlock Holmes and gives up on reading for the day.*

Child: “Mom, what does loafer mean?”

Parent: “Where did you read it?”

Child: “Here. ‘As it pulled up, one of the loafing men at the corner dashed forward to open the door in the hope of earning a copper, but was elbowed away by another loafer, who had rushed up with the same intention.’”

Parent: “This dictionary says, ‘a person who idles time away.’ Basically, it’s someone who hangs around wasting time.”

Parent: “So, when is a time you might be a loafer?”

Child: *Goes off to finish reading book.*
It takes a little longer, but discussing and developing vocabulary is an investment in your child’s language skills that will last the rest of his life. The dictionary has its place, for sure, but it can be discouraging and distracting for struggling readers to tackle on their own.

Answer: Anyone who loves listening to a story!

There is a perception that listening to an audiobook is “cheating,” (an issue I would say Daniel Willingham puts to rest in this post). However, for students who are below-grade-level decoders, audio books are  way to honor their age-appropriate (or better) listening comprehension skills and keep them engaged in challenging texts.

I often present it to students this way: We work together to improve your decoding skills. (Through Orton-Gillingham based reading instruction and word analysis, as well as self-monitoring techniques and strategies such as rereading and using DISSECT to identify the meaning of unknown words). But sometimes, the most important thing is focusing on the story or meaning of a text. Accurate decoding takes energy and time. I want you to save your energy to think deeply about what you read, and at those times, I would like you to save your decoding energy to use on comprehension. So here:

Once we remove the obstacle of decoding the words in a text, which is a complex process that requires cognitive energy, students are free to recall, analyze, argue, and synthesize, along with all the other higher-order thinking skills we are thrilled to see them use. Exposure to text at their listening comprehension level exposes students to vocabulary, concepts, and grammatical structures that they might not be able to access through independent decoding. Is it “cheating” to call on those higher-order thinking skills just because they can’t decode the words? I think not!